Welcome to , the UK's best website for all things TV, Gaming and Music. 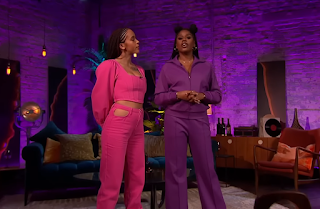 Anton Ferdinand shares his views on growing up in Peckham and preparing his kids to make their way in the UK. Panellists include Ekow Eshun, Inaya Folarin Iman and Dane Baptiste.

Email ThisBlogThis!Share to TwitterShare to FacebookShare to Pinterest
Labels: Unapologetic 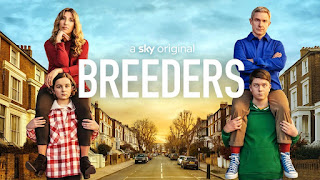 Sky Original Breeders, the comedy series starring Emmy and BAFTA-winning Martin Freeman (The Responder, Sherlock, Black Panther) and International Emmy and BAFTA-nominated Daisy Haggard (Back to Life, Episodes, Black Mirror) that explores the challenges of modern parenting, returns to Sky Comedy for its third season on Wednesday 13 July. Sally Phillips (Bridget Jones, Miranda) also joins the cast as a guest-star throughout the series.
Breeders continues to take a melancholy look at modern parenthood's challenges. Season 3 picks up days after Season 2 concluded, with the Worsley family still reeling after Luke (Alex Eastwood) hitting his father, Paul (Martin Freeman). Paul has left the house and is now staying with his mother-in-law Leah (Stella Gonet). He should be lonely, yet the simpler existence appeals to him. But, eventually, Luke will have to make atonement. Meanwhile, Ally (Daisy Haggard) is dealing with her own issues, including job, early menopause, and a poor connection with her newly adolescent daughter, Ava (Eve Prenelle). Gallows humour and copious glasses of wine can only go so far when it comes to calming the nerves...


All 10-episodes of Breeders will be available 13 July on Sky Comedy and streaming service NOW. Catch up on the first two series available on demand. 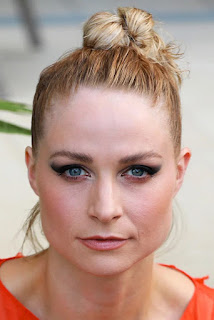 Dr. Lucinda Edwards (Niamh Algar) is a brilliant, battle-tested doctor, but we meet her during a horrific shift that culminates with the death of Edith Owusu, an opiate overdose victim. Despite the approval of her medical supervisor, Dr. Leo Harris (A Discovery of Witches, Pennyworth, Sex Education), Edith's bereaved father, Sir Anthony Owusu (Crime, Strike), requests an investigation into Lucinda's activities on that fatal night.
Dr. Norma Callahan (Holding, The Virtues) and Lucinda's former colleague, Dr. George Adjei (Jordan Kouamé), are in charge of the medical investigation (Megalomania). Norma is sceptical of Lucinda's behaviour and decisions leading up to Edith's death, while George believes it was an unavoidable tragedy.


As the pressure of the investigation intensifies, Lucinda's relationship with husband Tom, played by Lorne MacFadyen (Pistol, Vigil) starts to fracture, and her confident professional exterior begins to crack. Is Lucinda hiding something?
Through the cat and mouse thriller of the medical investigation, Malpractice tells the story of a damaged doctor caught up in a dangerous conspiracy.
Filming in and around Leeds the Malpractice cast also includes: Hannah Walters (Boiling Point, Time) in the role of Matron Beth Relph, Priyanka Patel (Britney, Another Me) as Dr Rayma Morgan, Scott Chambers (Chicken, Innocent S2) as Dr Oscar Beattie, Tristan Sturrock (Poldark, Doc Martin) as Dr Mike Willet and Georgina Rich (Heartstoppers, War of the Worlds) playing Dr Eva Thornbury.


Niamh Algar says:
"I'm thrilled to be a part of this project. I was blown away by Grace Ofori-Attah's script and the team attached in creating Malpractice. I'm a huge fan of Phil Barantini's work, his movie Boiling Point is an astonishing piece of work and I'm so excited to see how he approaches Malpractice.  I'm absolutely over the moon that we are working together on this special series." 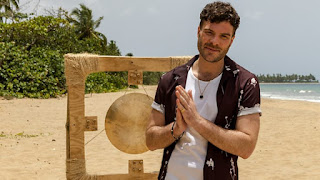 The new series, which is currently filming on an exotic island paradise, will follow eight young people who are caught in a rut and are cut off from the contemporary world in a month-long transformation programme aimed at enhancing their health and welfare via rigorous physical challenge.


Jordan North, says: "Nearly two years ago, in front of the nation, I was sick on the edge of a cliff and everything changed forever - from there I pushed myself out of my comfort zone and I haven't looked back since. Which is why I love this show. We're pushing eight young people well beyond their comfort zones to become stronger in body and mind to help turn their lives around."
Each of them will be paired with a 'Warrior' - experts in their specific fields of fitness and health - from MMA fighters to yogis, personal trainers to Olympians - who will mentor and push them every step of the way. Each will have a unique set of skills and an individual approach which they hope will push their trainees out of their comfort zone and help them overcome the problems they are facing in their life.
Warrior Island will be on BBC Three and iPlayer early next year. 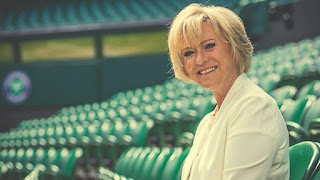 Sue Barker, who has spent the past 30 years at the helm of the BBC's live sports broadcasting, has decided to step down at the end of this year's Wimbledon event.
Sue has been the brilliant presenter of a fantastic range of major events across the BBC for the past three decades, including Wimbledon and Queens tennis, Olympic Games, Commonwealth Games, World Athletics Championships, the London Marathon, the Grand National, Royal Ascot, and Sports Personality of the Year.
Sue was the first woman to lead presenting for a BBC crown jewel event, and in building her own extremely successful career, she paved the door for a slew of bright women to follow in her footsteps.


Displaying star quality in front of the camera from the outset, Sue truly mastered the art of fronting up live, complex broadcasts, always without autocue! A Grand Slam winner with a hugely successful tennis career, Sue brought credibility, knowledge and her own inimitable style to her broadcasting role. Authoritative, yet warm and inclusive, her ability to put others at ease has allowed her to get the very best out of guests, pundits and competitors.
Sue has become a much-loved British broadcasting institution. Her unique onscreen ability and likeable, welcoming nature have endeared her to the British public ,whilst ensuring she is revered and respected by athletes and players from across the globe.
On her departure Sue Barker says: "What a wonderful time I've had working on some of the biggest sporting events around the world. I will miss it terribly but after 30 years I feel the time is right for me. I've worked with the best of the best.

Dance School is a new series created by Theresa Ikoko (Rocks, Girls) and Lisa Holdsworth (Discovery of Witches, Call The Midwife) that follows an eclectic group of dance students as they navigate the intense highs and lows of coming of age in today's complex world – captured through stories that are as joyful and funny as they are raw and truthful, brought viscerally to life through irresistible dance choreography.


Teacher Jackie - dynamic, determined, tough but passionate - heads up the Saturday class at the LAH and brings together our core friendship gang and dance ensemble: Puppy, Kobby, Liam, Tim, Francesca, Tash & Nohail– each of them unique, emotionally-complicated, independently-minded and trying to make their way in the world.
The drama series will include characters who have been painstakingly workshopped (with support from the Young Audiences Content Fund (YACF)) and are based on genuine experiences from Leeds' inner city.


Dance School is a celebration of resilience, determination, and spirit which never shies away from relevant and hard-hitting themes. The series will shine a light on the pressures young people face but also provide a dynamic and energising insight into the city of Leeds and its people.
Street casting and recruitment starts in summer and the production will shoot in the Autumn in and around Leeds.
The production will present a fantastic opportunity for 10 Leeds-based people to break into the broadcast industry.

Channel 4 has announced the recommission of its hit prison drama, Screws. Series two promises to be bigger, bolder, and more dangerous than ever.

Our team of struggling jail officers, led by Leigh Henry (Nina Sosanya – His Dark Materials, Little Birds), is determined to make a fresh start after the devastating events of the series one finale. Moving on isn't always easy, as those behind the cell doors of C Wing know all too well. Leigh's new friendship with Rose (Jamie-Lee O'Donnell– Derry Girls) - and the secrets they share - will be strained to the limit with changes at the top and new faces both on the wing and in the staff room.

Rumours of an undercover cop on the wing threaten order at Long Marsh, and could rip open a criminal scheme involving at least one of our officers, as the entire team works to make a difference in the tangled lives of those in their care. And the truth will come out one way or another...

Screw series two will be filmed in the Kelvin Hall in Glasgow.